Born in 1982, Matteo Rovere made his debut as director with the short Lexotan, winner of the Kodak prize at the Salerno Festival Linea d’Ombra. Other shorts and documentaries followed until 2006 when he won national and international prizes with Homo Homini Lupus, with Filippo Timi and Valentina Chico among which the Nastro d’argento for the best Italian short. In 2008 he made his first feature film, Un gioco da ragazze (Child’s Play), presented at the Rome International Film Festival. In 2012 his second feature film as director, Gli sfiorati (Touched), based on the novel of the same name by Sandro Veronesi, with Andrea Bosca, Miriam Giovanelli, Caludio Santamaria, Michele Riondino and Massimo Popolizio was released in Italian cinemas. This film had its world premiere in London at the British Film Institute Festival. In 2016 he wrote and directed Veloce come il vento with Stefano Accorsi and Matilda De Angelis. It received 16 David di Donatello nominations, winning six statuettes and two Nastri d’argento and has been sold in more than 40 countries including Germany, Japan, China, Australia, France, South America, Russia, South Korea and Taiwan. In January 2019, Il primo re starring Alessandro Borghi one of the most awaited and talked about films of the season. Sold all over the world, it was nominated for eight Nastri d’argento and won three.It won also three David di Donatello, including the one for the best production.

Alongside his work as director he also works as a screenwriter on most of his work and cinema and TV producer. In 2008 he became a partner in the production house Ascent founded in 2004 by Andrea Paris. In 2014, with the director Sydney Sibilia he set up the production company Groenlandia with whom he produced the trilogy Smetto quando voglio (I can quit whenever I want). The first chapter was nominated for 12 David di Donatello awards and five Nastri d’argento. For this film, Rovere won a Nastro d’argento for best producer making him the youngest producer, at 32, to win a prize. In 2019 he produced Croce e delizia (An almost ordinary summer), directed by Simone Godano and The Champion (Il Campione), first film by Leonardo D’Agostini. In the summer of that year he was showrunner, producer and director of the series Originale Sky Italia Romulus and produced with Ascent Il Cattivo Poeta, screenplay by Gianluca Iodice and Shadows by Carlo Lavagna. In the 2019 he also produced with Groenlandia L’Incredibile Storia dell’Isola delle Rose, a Netflix Original film directed by Sydney Sibilia. 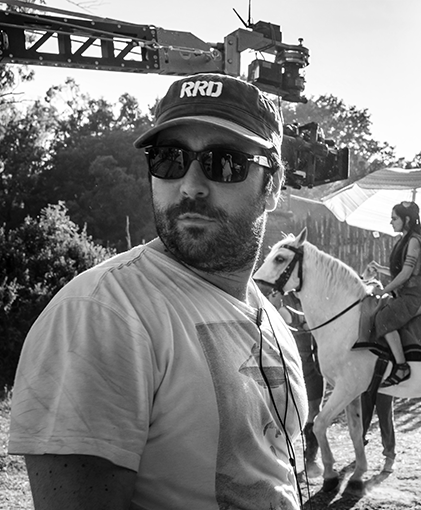