Romulus and Remus:
The First King

Two brothers, solitary but strengthened by their connection, will challenge the unrelenting will of the gods in an ancient and hostile world. From their blood the greatest empire of Rome will rise. A strong bond, destined to grow into a legend. 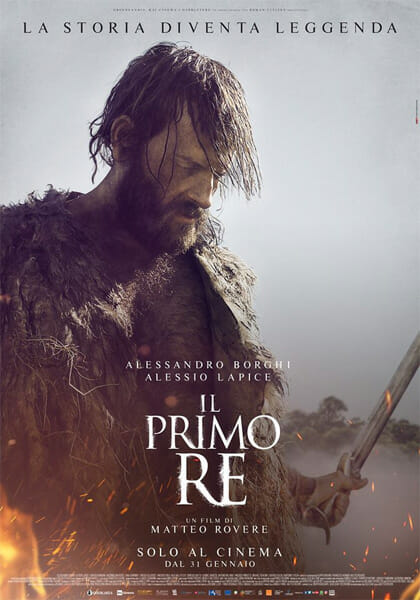 From their blood Rome,
the biggest empire in History,
will rise.

Something in the ancient legend of Romulus and Remus is still very close (o relevant) to us. Its simple matter is really only apparently linear. In fact, it contains a great number of symbols and meanings that mix the origin of our civilization with intimate and complex elements that look deep into us.

The first difficulty stems from the fact that this foundation myth was narrated only much later by Livy, Plutarch, and Ovid. As a myth, a word whose etymology is tale (mythos), it does not recount historical events but a made-up story that acquires a meaning only in retrospect. I explored this age-old narrative with the screenwriters, trying to question it and looking for recurring elements such as the twin brothers, Alba Longa, a betrayal, a sacred circle, a sign of the Gods. We analyzed the legend and its context and were drawn by nature’s power over human life – more than thirty separated tribes scattered across the Italian region of Lazio and the disruptive effect of a man’s vision to unify them; a city guarding the fire and the fire that incarnates God. That is how the myth began stirring under our eyes, asking questions from its remote locus about our relationship with God’s violent, upsetting, and inquiring silence. Can we carry the weight of our lives by ourselves?

This apparently simple story took us back to a visceral dilemma: should we focus on saving our twin’s life, the most intimate part of ourselves, or submit to a bigger power because we are not supposed to know everything? Do we really own our lives? Is love or arrogance that leads us to believe that we are in charge of our destiny? We gathered all these elements and let history interrogate myth, letting the latter’s primordial power out to illuminate our present and the dark and painful nature of an act as powerful as founding the greatest empire of all times. Twins: a man and his double. The sacred fire that unites, but demands a sacrifice too. Man and God. The prophecy and its consequences: submission to destiny or free will? Romulus performs the ungodly act of stealing the fire but manages to stir the God from His inexorable stillness and take Him into the world. This insane act changes the focus of power from violence to persuasion. In order to show the full emotional power of this story we turned it on itself so as to make room for Remus’ point of view, his experience as the defeated one, which is what interested me the most. Remus is the one who loves his brother more than anything else and who harbors the eternal dilemma: is he who rebels against the God to defend love more divine than the God who asks him to sacrifice that love?

The world of “Romulus and Remus: The First King” had to be built from scratch. Each one of our decisions and the choices we made was the outcome of huge technical work and work on myself and my idea of what cinema can be. I had a complicated responsibility but also an extraordinary team of the best professionals Italian cinema can offer all of them moved by an extraordinary desire to put themselves on the line and show once more that our cinema is more and more confined in a cage, whose invisible bars we see only when we try to pry them apart.