One day in September three characters realize that their lives are not what they dreamt of. Happiness is a distant idea, and yet, still possible. A collective tale that explores human relations, our deepest nature, the search for a more authentic contact between people. By the screenwriter of Husband and Wife, An almost ordinary Summer and The Champion a debut full of existential melancholia, tight dialogues, and great expressive freedom 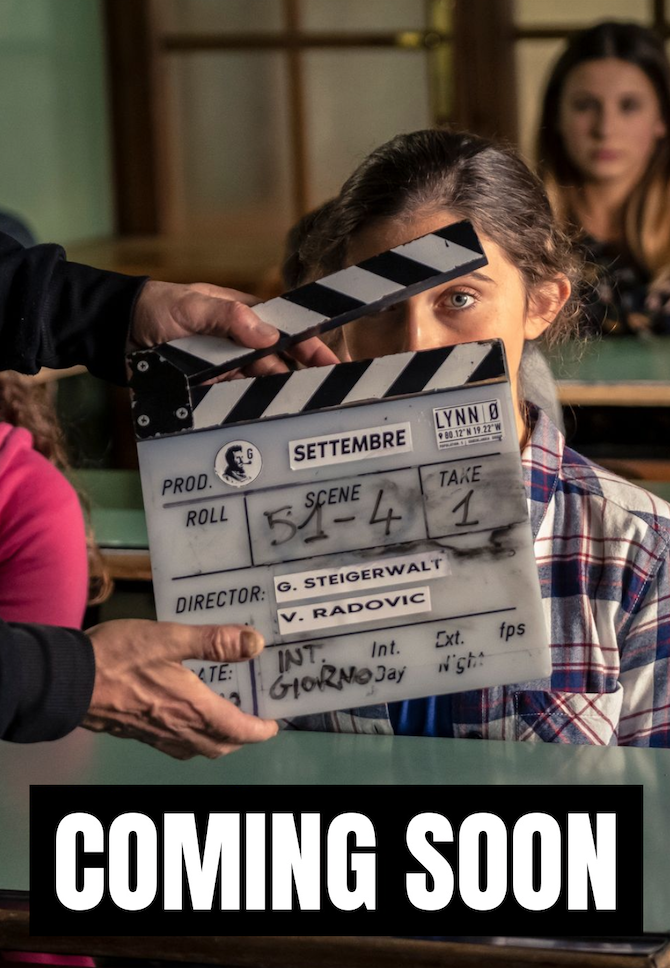 “September” tells three stories that appear very removed from one other: two teenagers discovering sex, the relationship between a man and a young prostitute, a friendship between two women that suddenly takes on a new form. These tales overlap just barely, unwittingly affecting one another. In reality, however, they’re united by something bigger, a common theme, that of seeking out more genuine and authentic relationships. All the characters seem to be stuck in situations whe re they’ve forgotten what it means to be happy. But something happens in their lives, each of them comes in to contact with someone who, for a moment, rouses them, forcing them to truly discover their true selves an d thus be faced with a choice : they can ca rry on inertly as before , or turn their lives around . Maria and Sergio’s story may seem centered around sex education. To me, it’s actually about something else. On paper, and by their actions and words, Maria and Sergio are busy analyzing all the minuti ae of the feat the girl is preparing to undertake , that is, her first time. But, as they try to clarify the “mechanics of the matter”, something else happens; both of them discover what it means to feel good around someone, have a connection and be themsel ves without filter, showing themselves for who they really are, with their qualities and flaws.

It’s an emotional education that occurs silently as one pursues what is presumed to be important, which, however, may not be after all. Similarly, Francesca and Debora’s storyline, on the surface, describes a marital crisis and Francesca’s decision to start a different kind of relationship with her best friend. To me, in fact, it’s a broader reflection on the idea of n urture within a relationship, and how this aspect can often breed great instability and sorrow. And so, with great irony, the bond between the two women turns into their opportunity to have a more authentic relationship, in which they can love and be loved as the y’d like. Francesca’s anecdotes, in turn, strongly resound in the last storyline, Guglielmo and Ana’s. Specifically, the point of view of a woman unhappy in a marriage where love is perceived as the need to take care of others , but not the other way round , is precisely what makes Guglielmo realize many things which, perhaps, he still hadn’t underst ood back when his wife left him . But, even more so, it helps him see how his unconscious refusal to take care of himself, is keeping him stuck in an increasingly miserable exist e nc e . He’ll soon realize that even the only relationship in his current life, the one he shares with Ana, a young prostitute, is nothing but the illusion of having a connection with somebody. Here too, then , the theme to me becomes that of awakening, creating a real connection with others and , in doing so, with ourselves, resulting in the decision to live a more authentic existence. This is, in some ways a ” small ” story, an existential one , centering exclusively on its characters and their relationships. Notwithstanding this aspect that I could define as “minimal ist”, I would still like to be able to speak to the audience through a tale which has both a highly ironic tone, and the sensitiv ity and depth to touch people’s most intimate emotions. Focusing on the acting is fundamental to achieve this. I’d like to devote much attention to work ing with the actors to create well – rounded characters, so that the pace may be inherent to the scenes, set by the story as a whole, and heavily guided by the writing and acting. The tone I envision for this film is a mixture of comedy and drama, where amusement never results from skits or puns, rather from paradoxical situations and the characters’ intrinsi c contradictions, which I hope I’ll be able to portray without judgment, by rendering them in their totality to show their shortcomings, their mistakes and their merits.