Giulia Louise Steigerwalt began her career acting in the Gabriele Muccino film Come te nessuno mai (But Forever in My Mind). She went on to appear in other films and TV series such as Marcello Cesena’s Mari del sud, Paz! and Under the Tuscan Sun by Renato de Maria and Come tu mi vuoi (As You Want Me) by Volfango De Biasi.

After graduating in philosophy she studied screenwriting, first with the SCRIPT course at RAI then for two years on the Feature Film Writing Certificate course at UCLA Los Angeles. In 2012 she published her first novel E Se Fosse Possibile? In 2013 she wrote the show Il Giro del Mondo in 80 Minuti (Round the World in 80 Minutes) for L’Orchestra di Piazza Vittorio with Mario Tronco and Daniele Spanò. In 2015 she wrote the second season of the TV series Zio Gianni for Ascent Film and RAI2.
Among the screenplays she has written are Fiabeschi torna a casa (Fiabeschi Goes Home) directed by Max Mazzotta, Babylon Sisters directed by Gigi Roccati, Moglie & marito (Wife and Husband) directed by Simone Godano for Groenlandia and Warner Bos, Il Campione (The Champion), directed by Leonardo D’Agostini for Groenlandia and Rai Cinema and Croce & Delizia (An almost ordinary summer), directed by Simone Godano for Groenlandia and Warner Bros. In 2019 at the Nastri D’argento she won the SIAE Special Prize for Screenplay for the screenplay of Il Campione directed by Leonardo D’Agostini and Croce & Delizia. Settembre (September)was her directing debut. 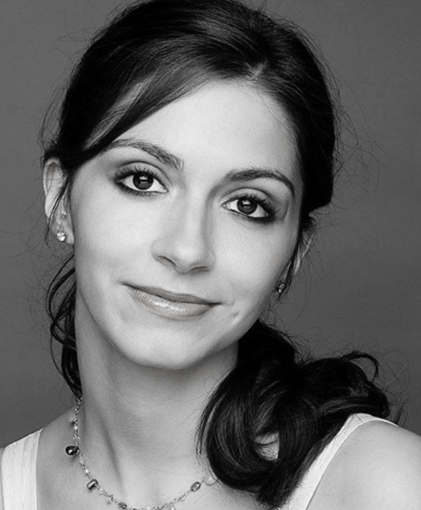