With or
without you

Alice and Tommaso have been together for fifteen years; they don’t have children, he‘s a musician, she’s an actress. Invited to dinner for an announcement, their friends think it’s going to be a marriage announcement, but instead discover that decided to break up: but without drama or emotional rifts, staying friends with each other. A legitimate but naive ambition. Love stories end, because people change. And no change is, nor can it be, painless. 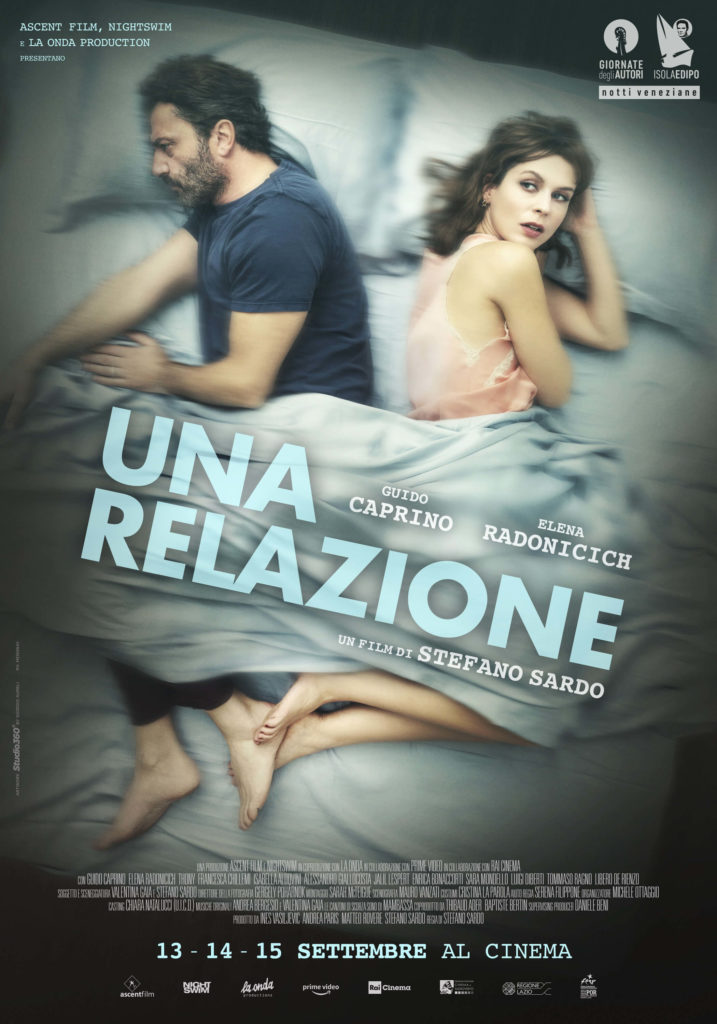 As an audience member, there’s one aspect of our cinema that has always frustrated me a little: not being able to identify with the characters it represents. I rarely find my social habitat depicted in it, with its cultural references, its linguistic tics. It’s not that I have to see myself exactly in the characters, mind you: it’s that they simply don’t look like anyone I know.
Meanwhile there’s a perspective in some French cinema or in American mumblecore comedies that portrays life – with its distortions, its blend of unpleasantness and flashes of ferocious irony and sweetness and clumsiness – in a more credible way, not consoling, nor approximate: specific. And that specificity removes for the audience many barriers to the suspension of disbelief, and results in a strong empathic hold, at least on me. In the direction of WITH OR WITHOUT YOU I tried to go in that direction. Sets, costumes, make-up, and above all acting: everything had to be believable, without flattening out on slovenly or colorless realism.

Gergely Pahornok was of great help to me, a talented d.o.p. who knows how to manage light with great ease, recreating a realistic and contemporary light while always paying attention to the beauty of the frame. The stage space on set had to be free, so that the actors could interact more naturally with each other. In the more descriptive scenes, the camera movements were more thought-out – therefore the use of tracks, pan shots, small sequence shots invisibly choreographed – while in the more emotional scenes the room was freer, closer to the characters and their feelings. I tried to give each scene a sense of plausibility through an increased specificity of the staging.
And in order to find that, I chose to use the things that I know: the locations, the environments recreated by Mauro Vanzati, the clothes chosen by Cristina la Parola, and also the physical and daily relationship of the protagonists with music, which is almost a character in the film. The songs in this movie were written by me and my former partner, Valentina Gaia, and offer other different of interpretation of the story, deeply embedded within it.
Valentina penned the story outline and screenplay with me: to make the story of a love that is ending credible, we searched among things that were painfully close to us, in a continuous short circuit. Not to be self-referential, but to avoid being generic. She was always present on set, granting a feminine outlook that balanced the two main points of view of the story. The great chemistry and the exciting interpretations of Guido Caprino and Elena Radonicich, my two protagonists, allowed me to tell a great, credible love story despite focusing solely on its end. The whole cast was generous and attentive: the audience gets the impression that you could actually meet those people out there, in Rome, in 2021.
Or at least that’s what I hope.