He graduated in Filmology from the School of Performing Arts in Bologna (DAMS). He received immediate critical and public acclaim with his short film Tana libera tutti (2006), nominated in the same year for a David di Donatello award.

His production of shorts continued with Il Valzer dello Zecchino – Viaggio in Italia a tre Tempi (2011), Anna bello sguardo (2012), homage to Lucio Dalla and Matilde (2013), selected at the Berlin International Cinema Festival and winner, among other awards of the prize for Best Short at the International Film Festival and the public prize for Biografilm 2016.
Working as a professor at the Laboratorio Multimediale and Audiovisual of CITE Bologna since 2014 in the same year he made the documentary Le pareti di vetro (Walls of Glass) and this was followed by the feature film See You in Texas (2015), produced by Ascent Film and RAI Cinema.
In 2018, he was the author and director of Il Mondiale in Piazza, produced by Articoluture, winner of the MigrArti prize 2018 and presented the same year at the Venice Film Festival, winner of over fifty prizes and selections worldwide, not to mention being in the five finalists at the Nastri d’Argento and at the Globi d’oro 2019.
That same year he made the documentary Da Teletorre 19 é Tutto! winner of the ministerial project Cineperiferie. 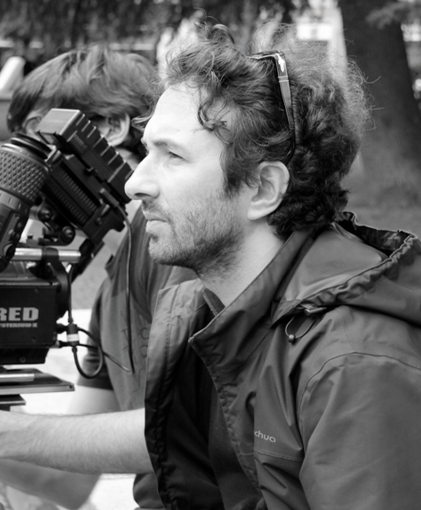