Born in Istanbul in 1959, Ferzan Ozpetek moved to Rome in 1976 to study the history of cinema at La Sapienza University. His first film, Il bagno turco (Hamam) (1997) immediately achieved such great critical and public acclaim that it was selected for the Cannes Film Festival Directors’ Fortnight. Two years later he obtained further success with Harem suaré, a film set during the fall of the Ottoman Empire about a love story between the sultan’s favourite concubine and his eunuch. This feature film was screened at Cannes in 1999 in the Un Certain Regard category. Le fate ignoranti (The Ignorant Fairies), the outstanding affirmation of the director, is a romantic comedy which was the most important film of the cinematographic season of 2001, also attracting international attention. As confirmation of this it was awarded four Nastri d’argento and three Globi d’oro. In 2003 he stunned the public again with La finestra di fronte (Facing Windows), which won him awards and recognition: five David di Donatello, three Nastri d’argento, four Ciak d’oro, three Globi d’oro, not to mention three prizes at the Karlovy Vary International Film Festival and two at the Seattle Film Festival. Cuore sacro (Sacred Heart), 2005 opened lively public debate and won two David di Donatello awards and the Golden Globe for Best Screenplay. The following year, Saturno opened in movie theatres and won a series of awards: one David di Donatello, four Nastri d’argento, five Globi d’Oro and four Ciak d’Oro. The success of Saturno, was followed two years later by Un giorno perfetto (A Perfect Day) based on the novel of the same name by Melania Mazzucco. This film was in competition at the Venice International Film Festival. That same year, 2008, the Museum of Modern Art (MOMA) New York dedicated a retrospective to him.

Mine vaganti (Loose Cannons), 2010, received both public and critical acclaim at home and overseas; yet another Ozpetek film to receive a shower of recognition: two David di Donatello, five Nastri d’argento, four Globi d’Oro, four Ciak d’oro and the Special Jury prize at the Tribeca Film Festival, New York. 2012 was the year of Magnifica presenza (Magnificent Presence), which won two Nastri d’argento, the Greatest Audience award at the Moscow International Film Festival and four Globi d’Oro. This was followed in 2014 by Allacciate le cincture (Fasten Your Seatbelts), starring Kasia Smutniak, which won three Nastri d’argento, a Globo d’oro and a Ciak d’oro. The new artistic challenge for Ozpetek came about in 2011 when he was called upon to direct his first opera on the occasion of the music festival of May in Florence. Giuseppe Verdi’s Aida was a magnificent success for Ozpetek and this was duplicated the following year in Naples at the Teatro San Carlo with La traviata.

Not content with cinema and theatre, in 2013 he published his first novel, Rosso Istanbul (Red Istanbul), with Mondadori, a true declaration of love to his birthplace, Istanbul, and his mother. Four years later, in 2017, he made a film of the same name, shot entirely in the Turkish metropolis.

In 2015 he wrote his second novel, again for Mondadori, Sei la mia vita (You Are My Life), a heart-wrenching love story including genuine behind the scenes moments from his film sets. Back to cinema and at the end of 2017 Napoli velata (Naples in Veils) was released, starring Giovanna Mezzogiorno and Alessandro Borghi. A big box office success, it received critical acclaim winning two David di Donatello for Best Photography and Best Screenplay. Then, on 19 December his latest film, La dea fortuna (The Goddess of Fortune) with Stefano Accorsi, Edoardo Leo and Jasmine Trinca was released in Italian cinemas.

In April 2019 he was back at the San Carlo theatre, Naples, to direct Madame Butterfly. In May that year he was invited to the Venice Film Festival with his video installation Venetika, starring Kasia Smutniak which opened the Venice Pavilion. This work received excellent reviews in the press and international media. He was awarded the Lifetime Achievement Award with a solo show at Spain’s Exhibition of Cinema, Valencia.

Added to the significant cultural and institutional recognition he has earnt is the honorary citizenship of Lecce, Naples and Palermo and honorary degrees from the University for Foreigners, Perugia and the University of Palermo. In the month of November, he was made ambassador of the University of Salento, Lecce and received the Italian Commander Order of Merit.

He has been an active member of the AIRC (Italian Association for Cancer Research) for many years, producing television publicity campaigns for them and participating at charity fundraising events. 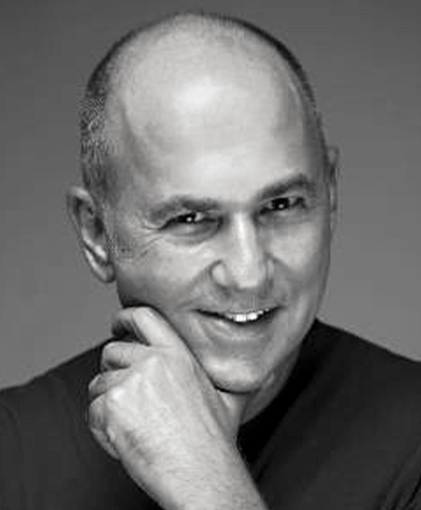