He has written and directed many international prize-winning shorts. He won a Nastro d’argento for Best Short 2012 for Il Respiro dell’arco (My Bow Breathing) and gained a place on the high achievers training course at Hollywood Film masters organised by Universal Pictures, Los Angeles.

His first feature length film, Il terzo tempo (The Third Half), presented in 2013 at the 70th Venice Film Festival in the Horizons section, won the Pasinetti prize for Best First Film awarded by the SNGCI (Italian national union of cinema journalists). This film was produced by Aurelio De Laurentiis and distributed by Universal Pictures, Italy.

In the following years he directed two documentary series for Sky Arte and made the documentary film Saro, competition entry at the 34th Turin Film Festival, winner of the prize for best Italian documentary and subsequently nominated for a David di Donatello in 2018.

At the same time, he started to work in the field of TV series, writing the screenplay for four episodes of the thriller Sanctuary produced by YellowBird Entertainment and Canal Plus Poland and distributed by Studiocanal. This English language series was aired in more than ten countries by companies such as HBO and Starz with actors Josefin Asplund and Matthew Modine among the cast.

In 2019 he worked on the filming of Romulus, a TV series about the legend of the founding of Rome, created by Matteo Rovere and produced by Groenlandia, Cattleya and ITV UK, who will be distributing it internationally. The series is due to air in Italy on Sky Atlantic at the end of 2020.

His work has been presented in more than twenty countries and in numerous international festivals including Venice, Locarno, New York, AFI, Chicago, Valladolid, Tel Aviv, Melbourne and Camerimages. 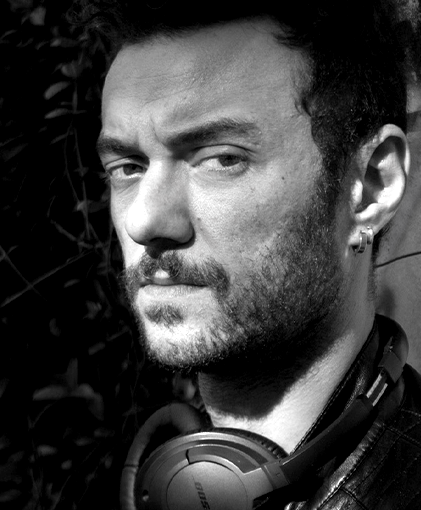