The Pills
Well, it's better than working

Today’s thirty-somethings can’t find jobs, they can’t be independent and this breaks their hearts. But not The Pills.

Luigi, Matteo and Luca have been friends since childhood, now they are almost 30 and have no intention of taking themselves seriously. They have been defenders of an ideological battle for years: post-adolescent immobility at all costs. And so, instead of chasing after internships and job interviews they would rather smoke cigarettes, drink coffee and engage in idle chit chat round the kitchen table on the southern edge of Rome.

But work is a tough enemy, it strikes from behind and makes you grow up even when you weren’t expecting it.
And so you need to be ready to do anything to save yourself. Anything… 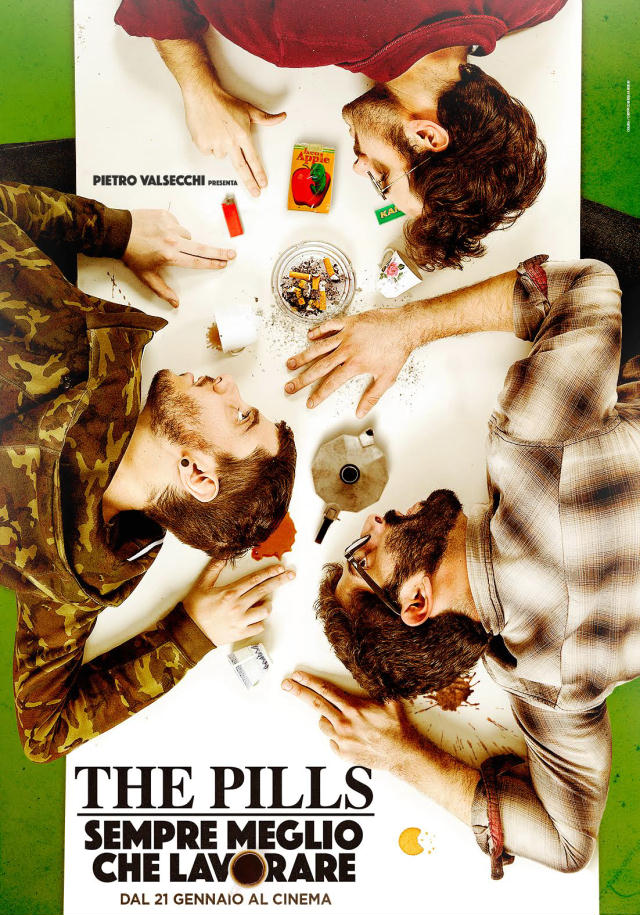