My body
will bury you

One of the many reasons for immersing myself in this story was the tenacity demonstrated by the brigands showed in the face of the occupation of Sabaudia as well as my amazement as I came to know more about the women. These women were raw and wild, just like the land of the Kingdom of the Two Sicilies of the end of the 19th century which in many ways brings to mind the American frontier of the Westerns. This film is a mixture between Western and pulp. 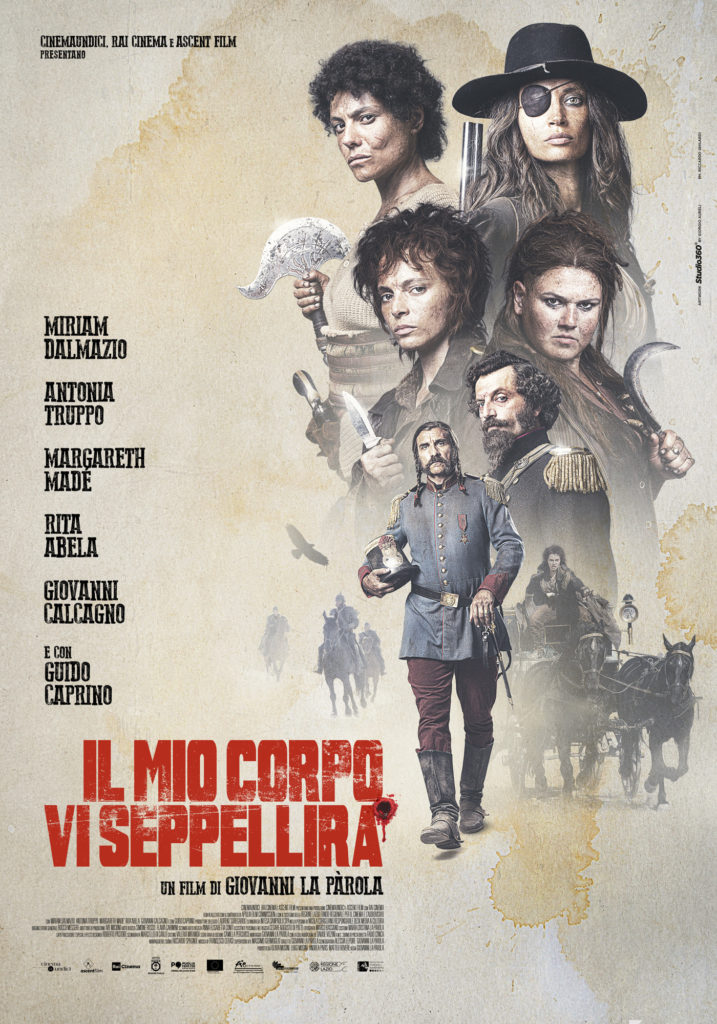 “My body will bury you” is a title but also the battle cry of R, a woman with no apparent identity that gets rescued from the debris of a fire, who progressively transforms the search for her tragic past into a “vendetta”.

Her small odyssey in search of her identity could be seen as a metaphor for the difficult and chaotic condition – in the wake of Unification – of Southern Italy, the setting for the film’s events.

With the unification of Italy, a great sociopolitical change was set in motion in the south of the country. The taxation of the south was used to finance investments in the north, leading the main productive sectors of the former Bourbon kingdom to reach crisis point.

The second war for independence, and the constitution of the Kingdom of Italy, was a veritable case of conquest and pillage, disguised as a war for liberation, against which farmers rebelled by engaging in brigandage and forming groups of armed men, often headed by officers of the previous regime.

The brigands’ stories, their fierce resistance to Savoyard occupation, were the inspiration for this film, as were the tragic and heroic figures of female bandits: these women were coarse and wild, like the land of the Kingdom of the Two Sicilies in the late 1800s which, in many regards, echoes the American frontier as told in Western films.”