Born in 1979, he attended the National Film School from 1999 al 2002. During these years he worked on some short films, plays and TV commercials. He achieved success in Italy with V. Terracione’s Grandi Domani (Big Tomorrow) and  C. Sanchez’s Camera Café (Coffee Machine Camera) both aired on Italia1. In 2006 he played Marco, one of the main characters of the series Medicina generale (General Practice) produced by Rai Fiction and directed by R. De Maria.
He made his cinema debut in 2005 with L. Lambertini’s  Fuoco su di me (Fire at My Heart). He then appeared in M. D’Epiro and D. Proietti’s Polvere (Dust) in 2006 and in M.S. Tognazzi’s L’uomo che ama (The Man Who Loves) in 2008. In 2009 he was in the cast of R. de Maria’s La prima linea (The Front Line) with Giovanna Mezzogiorno and Riccardo Scamarcio. In 2010 he played the role of Claudio, the producer of Medical Dimension, in the third season of the TV series Boris by M. Ciarrapico, M. Torre e L. Vendruscolo. In 2011 he was among the stars of G.Nunziante’s  Che bella giornata (What a Good Day). He was also among the starts in the TV mini-series on Rai 1 Eroi per caso (Accidental Heroes) by A. Sironi. In 2012 he played Lino Lacedelli in the mini-series aired on Rai1 K2 La montagna degli italiani (The Mountain of the Italians) by  R. Dornhelm.

In 2010 he starred in Saverio Di Biagio’s film Qualche nuvola (Scattered Clouds) and co-starred in M. Rho’s Cavalli (Horses). Both films were presented at the 68th Venice Film Festival in the Italian Controcampo section. Alhaique has also worked on the direction of shorts: Chi decide cosa (Who Decides What) (2007) and Il torneo (The Tournament) (2008) in competition at theTribeca Film Festival and winner of a Nastro d’argento in 2008. His first work as director was in 2014, Senza nessuna pietà (No Pity), presented at the 71st Venice Film Festival and aired in September of that year.

In 2015 he directed Solo, a four-episode series produced by Pietro Valsecchi aired on Canale5 in November 2016.

In January 2017 he directed the film of the story of Mario Francese, a journalist with the Giornale di Sicilia who was murdered by Cosa Nostra in January 1979. This film, written by Claudio Fava and produced by Pietro Valsecchi for Mediaset, forms part of the Liberi Sognatori series and features Claudio Gioè and Marco Bocci.

In 2017 he also directed the last seven episodes of the second season of Non Uccidere (Don’t Kill), a series filmed entirely in Turin, produced by Fremantle for Rai Fiction starring Miriam Leone.
In 2019 he directed Romulus, a TV series on the legend of the founding of Rome, created by Matteo Rovere and produced by Groenlandia, Cattleya and ITV UK, who will be distributing it internationally. This series will be aired in Italy on Sky Atlantic at the end of 2020. 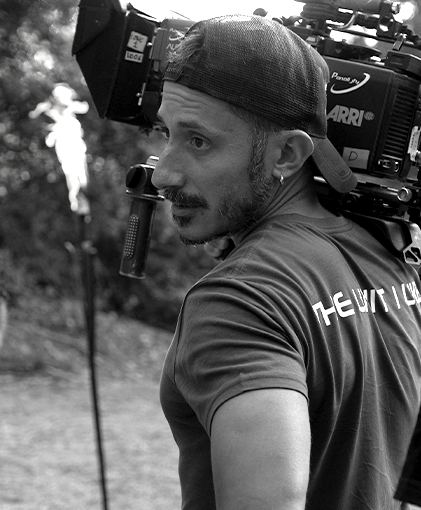