He divides his time between screenwriting and producing and cinema criticism and journalism on various magazines and websites in the cinema and entertainment sector.

In 2009 Hollywood sul Tevere gained Nastro d’argento and David di Donatello nominations and in 2011 he received a nomination for the Focal prize with Hollywood Invasion and in 2015 he won a special Nastro d’argento for Walt Disney and Italy – Una storia d’amore (A Love Story), Sophia racconta la Loren and Enrico Lucherini – Ne ho fatte di tutti i colori which was nominated for a David.

Between 2014 and 2015 he made a further two portraits for the series Donne nel Mito (Women in the Myth), one on Matilde Serao and another on Mina to celebrate the singer’s 75th. In 2015, he wrote and directed a programme on Anne Bancroft for Universal Studios ten years after her death with a long interview with Ezio Greggio. In December of the same year he made a programme on Woody Allen, again with Universal Studios, to celebrate the director’s 80th birthday with an interview with Carlo Verdone.

In 2016 he directed a commercial on the first joint promotional campaign by MPA – Anica – Univideo – Fapav for the protection of the audiovisual industry entitled #IoFaccioFilm.

In 2017, Cinecittà Babilonia – Sesso, Droga e Camicie Nere (Cinecittà Babylon – Sex, Drugs and Blackshirts), produced by the Istituto Luce, was aired on Raiuno on the occasion of the 80th anniversary of Cinecittà.

He wrote and directed Motori Ruggenti (Cars) and the social media campaign made up of 10 clips to herald the arrival of the Disney – Pixar film Cars 3 in cinemas. This was his second documentary produced by the Walt Disney Company and was aired in cinemas in an event on 25 and 26 July.

In 2017 he wrote and directed The Italian Jobs – Paramount Pictures and Italy produced by Paramount Channel in association with Ascent Film and Kenturio, dedicated to the extraordinary story of the hollywoodian giant in Italy. This film, directed by Antonio Monda, premiered at the Rome Festa del Cinema and was nominated for a David di Donatello for Best Documentary and for a Nastro d’argento for Best Cinema Documentary.

He was the first Italian to direct a feature film in VR 360: The Seven Miracles adapting the screenplay based on the John the Evangelist. He co-directed the film with Rodrigo Cerqueira who was also the producer with Enzio Sisti (FPC) and Joel Breton of HTC. This film won London’s Raindance Film Festival and was due to be aired on HTC LIVE and on all the other VR platforms in 2019.
He has been teaching documentary film making on the Level I Master, Writing School for Cinema and Television at the Creative Center of Libera Università Internazionale degli Studi Sociali Guido Carli, Rome (LUISS). 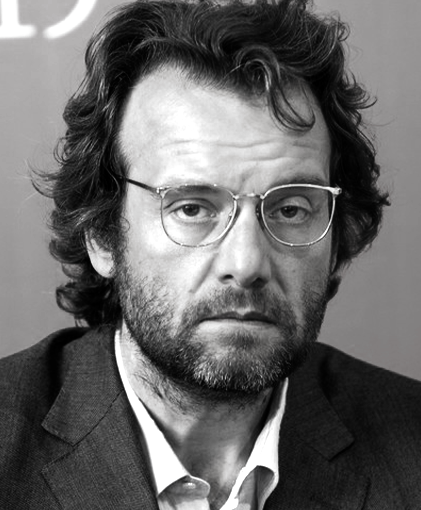