Alma and Alex are two teenage sisters who spend their days hiding inside an old, abandoned hotel in the dark woods. They live with their Mother, a stern woman who protects them from the mysterious dangers of the outside world.

As they grow up, the two girls develop a new awareness that will make them break the rules and offset the apparent balance of their lives, revealing, disturbing secret. 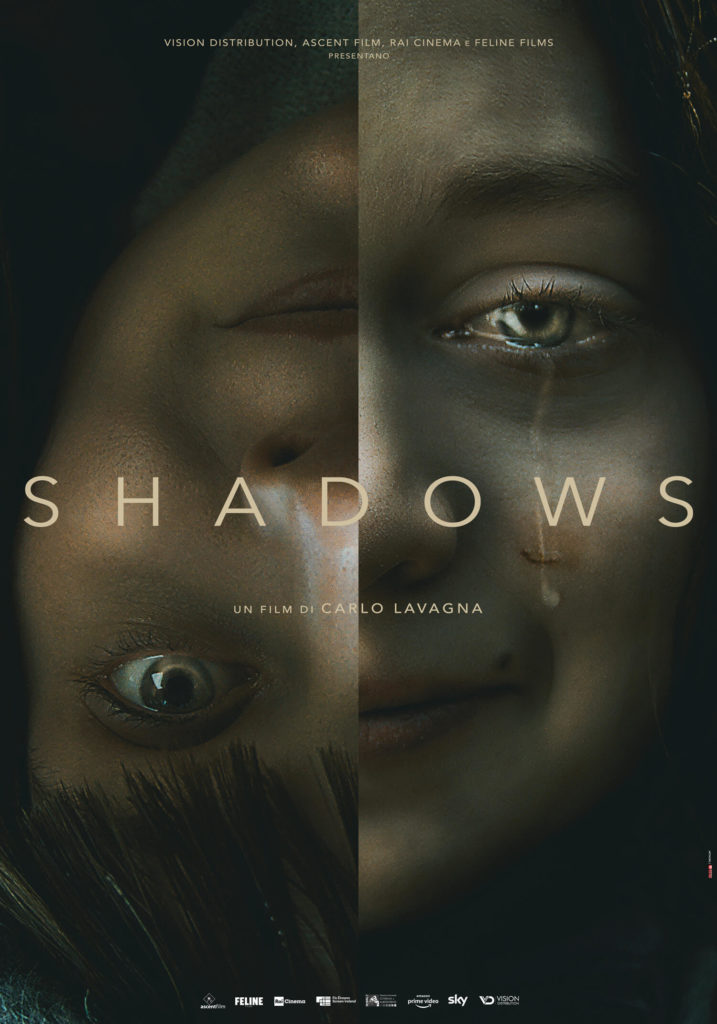 Shadows combines the psychological thriller with the suspenseful elements of post-apocalyptic movies and some components of the bildungsroman. Its originality lies both in this mix of genres and the way that it references deeper and more intimate themes like the Oedipus, identity, and the lie as the matrix of parallel universes. The story revolves around the mother-daughter relationship as it develops in a condition of isolation, where co-dependency takes on a psychotic/obsessive character. In this respect, Shadows chronicles the inevitable undoing of the visceral bond that happens when Alma, the oppressed daughter, finally frees herself from her mother’s hyper-protective grip with the help of her rebellious sister. As she accomplishes this impossible unchaining that likens her to a hostage with her jailer, Alma exposes not only her sick dependency on her mother – her Stockholm syndrome, so to speak – but also, and more violently, her mother’s dependency on her. The film also deals with the importance of imagination as a shield against and a means of escaping a hostile environment. In fact, not everything in Alma’s world is real: like in a distorting mirror, both she and her mother have created imaginary worlds to overcome their traumas.

I chose to set the story in a 1970s abandoned hotel in the heart of an impenetrable forest. I liked the idea of a family of women confined to a remote location that they could roam in apparent freedom. This gives the film a sufficient buffer of space to move freely, although it is set almost exclusively in a single location. The goal was to create an imaginary setting that allow the coming together of the fable and experimental cinema, Hansel and Gretel and Don’t Look Now, Italian sci-fi movies, from Ferreri to Petri, and Altman’s “free” expressive rigor. I tried to communicate the feeling of alienation via a score inspired by Penderecki, some folk songs, 1940s ballads, the solitude of whistled melodies, always looking for a suspended and enfolding tone.